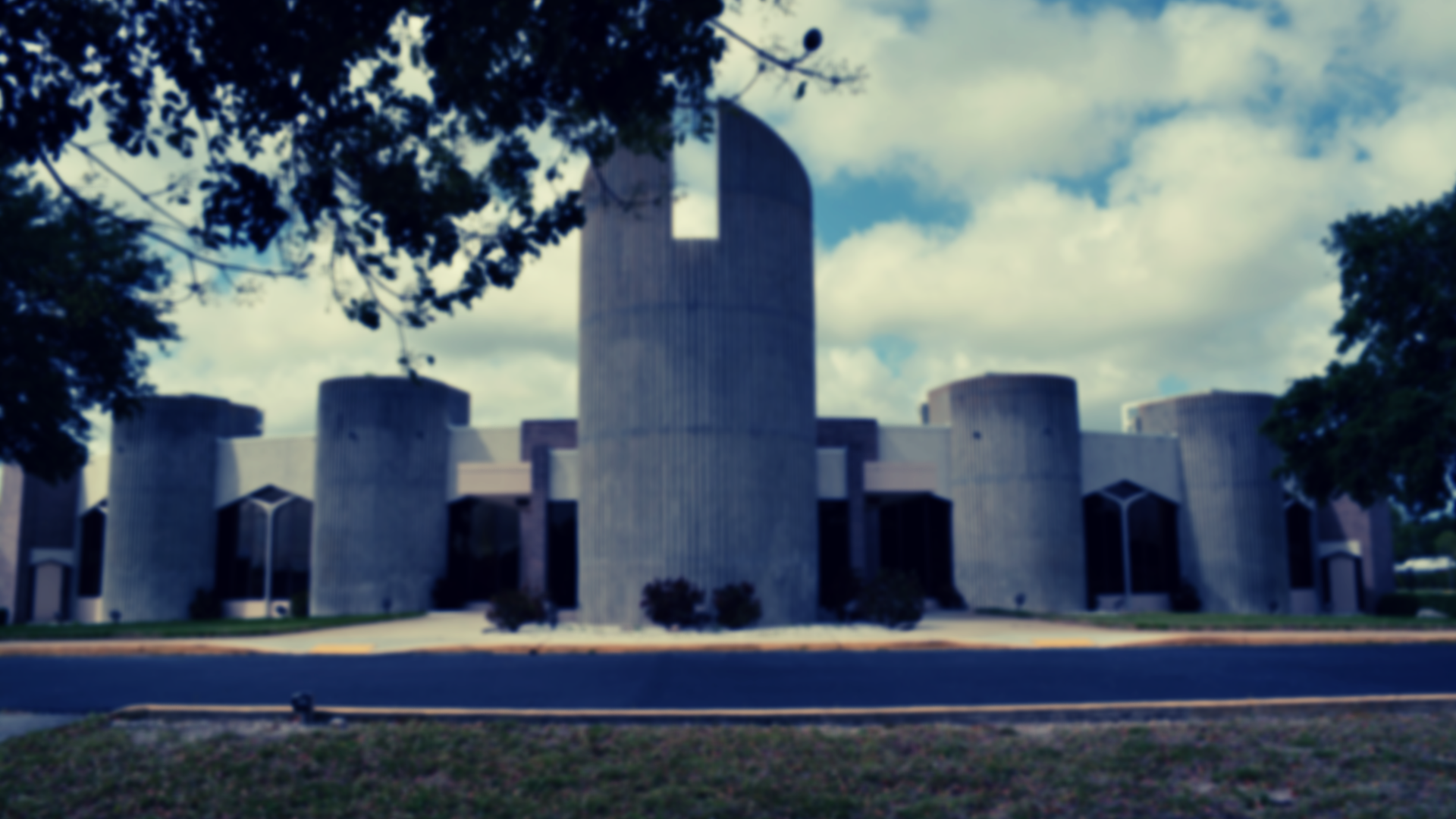 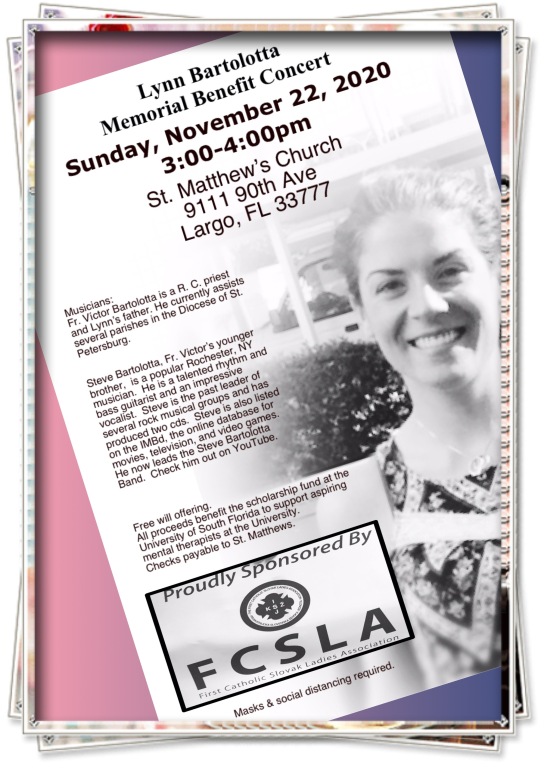 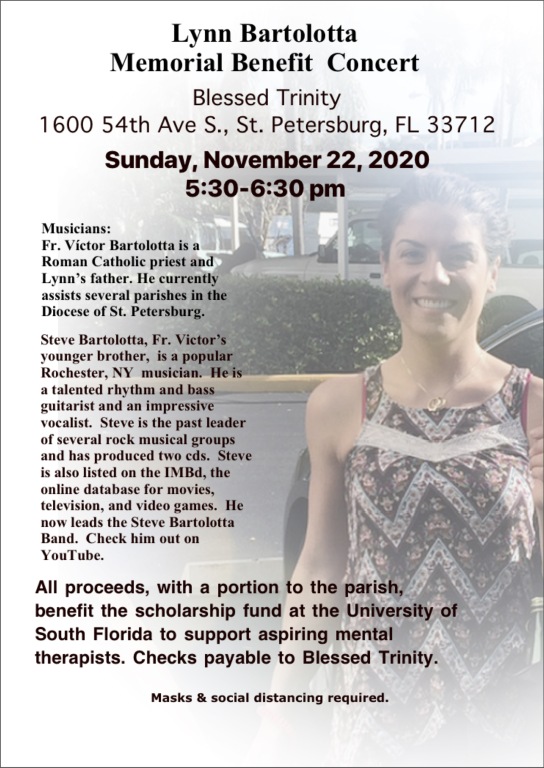 Join us on November 22 for two memorial benefit concerts performed by our diocese's very own Fr. Victor Bartolotta! 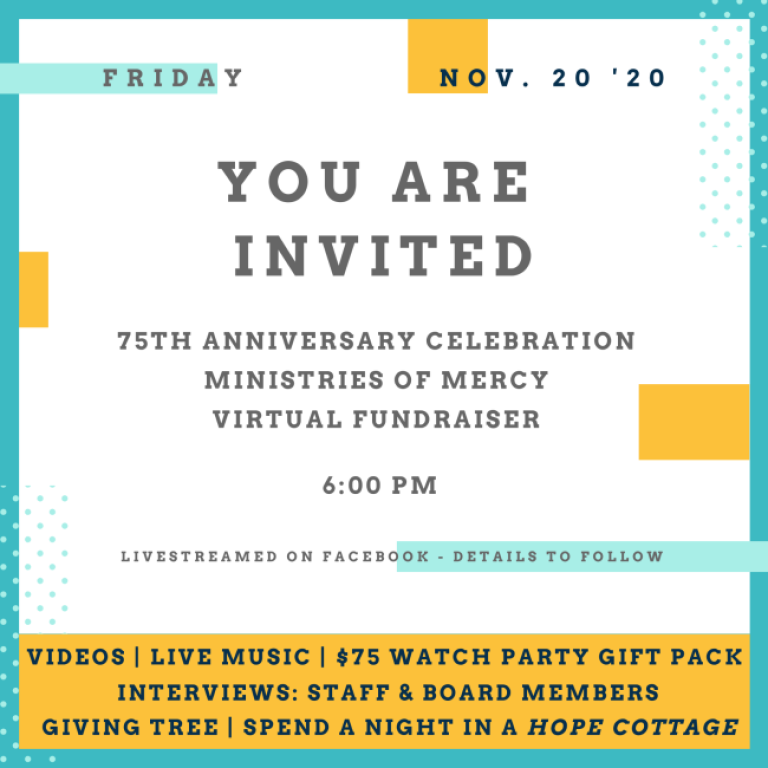 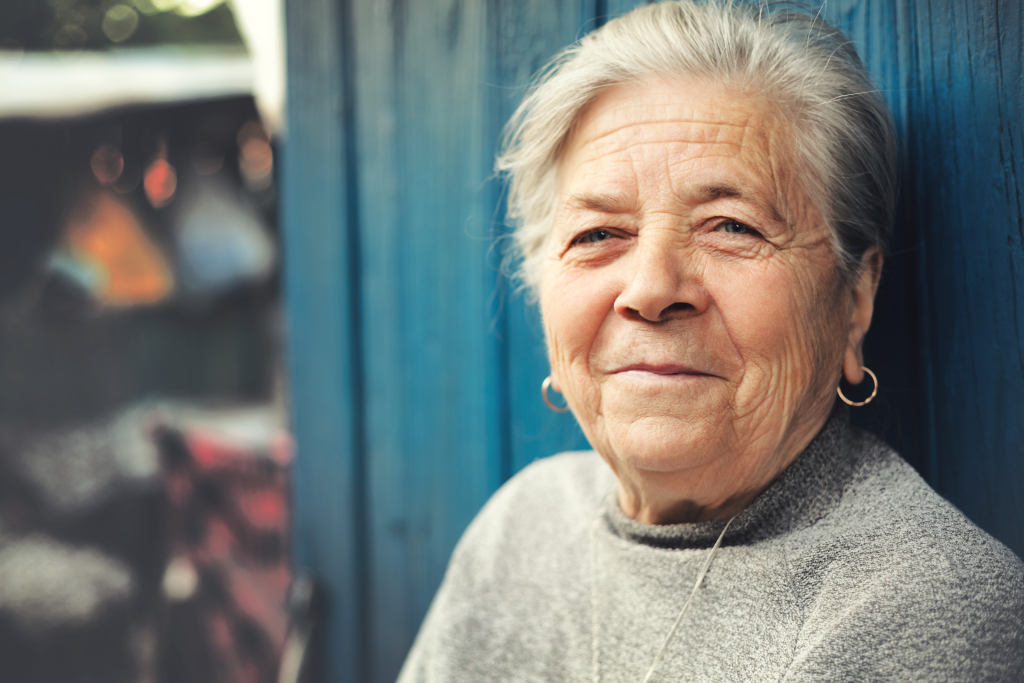 Do you have challenges getting out of your home to buy groceries and prepare meals?  Meals On Wheels of Tampa may be able to help.  Serving the Tampa area for 45 years, a caring volunteer will deliver freshly cooked meals to your doorstep.  The cost of the meals depends on your situation. They will work with you to find a price that fits your budget. If this might help you or someone you know, please call their office at 813-238-MEAL to learn more about this important mission. 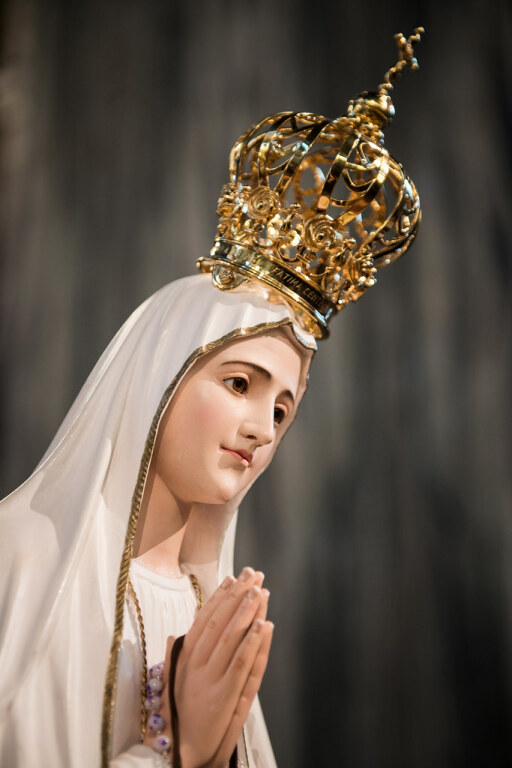 Tuesday, October 13, was the anniversary of the Miracle of the Sun. Click here to watch The 13th Day, a movie documenting Our Lady’s apparitions at Fatima, Portugal, for free on FORMED.org!

"In a world torn apart by persecution, war, and oppression, three children in Fatima, Portugal, were chosen by God to offer an urgent message of hope to the world. Based on the memoirs of the oldest seer, Lucia Santos, and many thousands of independent eye-witness accounts, The 13th Day dramatizes the true story of three young shepherds who experienced six apparitions of Our Lady between May and October 1917, which culminated in the final prophesied Miracle of the Sun on October 13. Abducted from their homes, thrown into prison, and interrogated under the threat of death in the government's attempt to silence them, the children remained true to their story about the crucial messages from Mary of prayer, repentance, and conversion for the world." - From FORMED.org 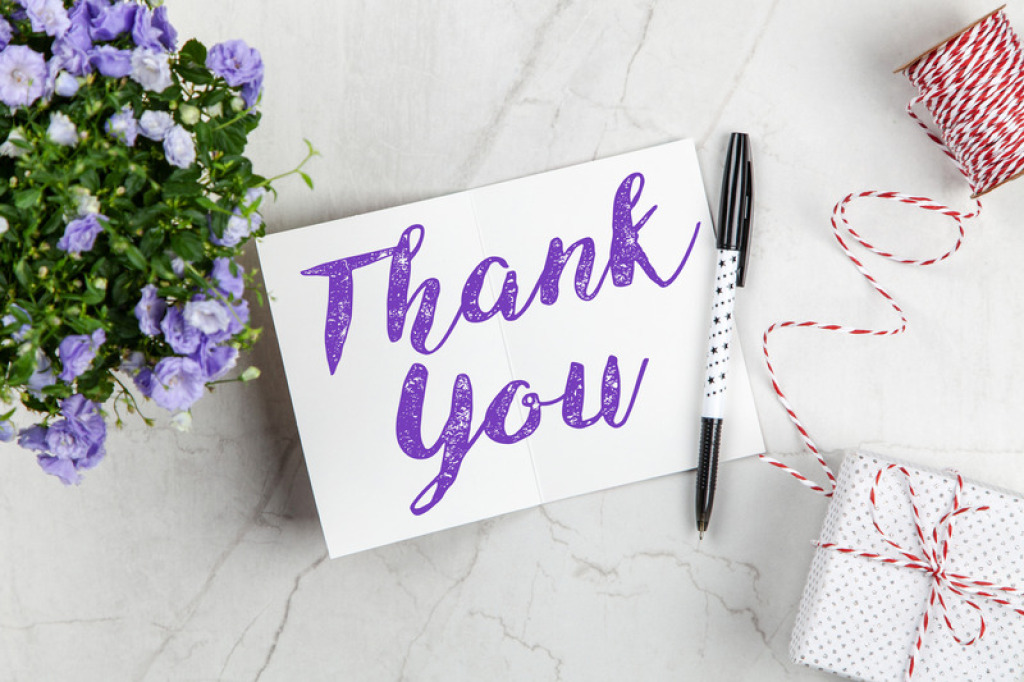 1. A huge thank you to Kozuba & Sons for donating this month's supply of sanitizer to the church!

2. A very special thank you to all the Keepers of the Cross volunteers who helped scrub the Faith Formation classroom floors last week!

3. A big thank you to the Savard family for donating $160.00 for postage for our All Saints Day/All Souls Day mailing this week!

We are so grateful for all your support! 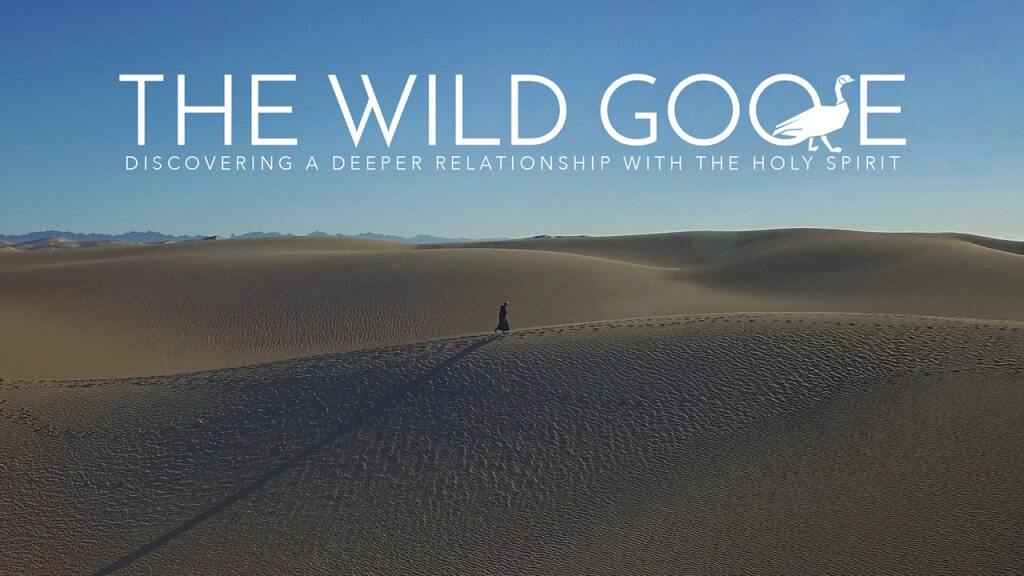 Wild Goose is a video series on the Holy Spirit by Fr. Dave Pivonka on FORMED. Please join us in a Zoom meeting on Thursdays from 10:00-10:45 as we discuss the video of the week and deepen our knowledge of the Holy Spirit. Email and computer required. If you are interested please email Laura at [email protected] or call at 813-340-9305. 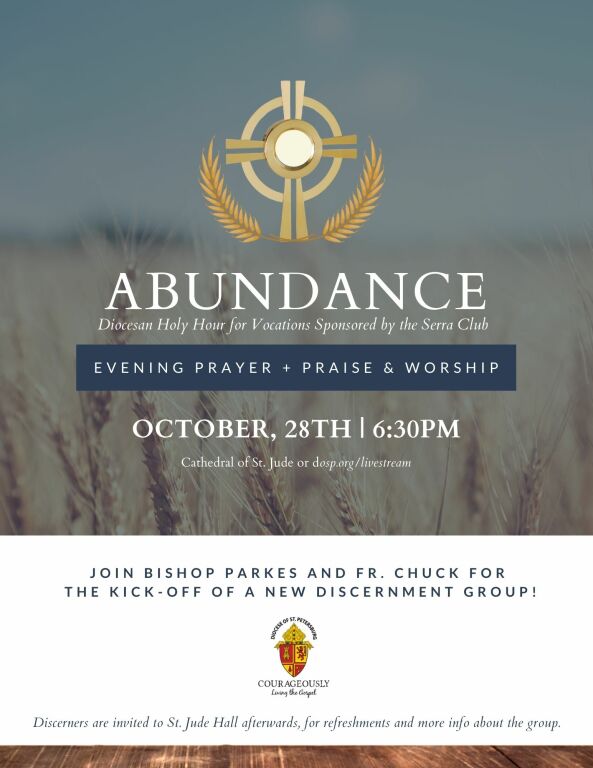 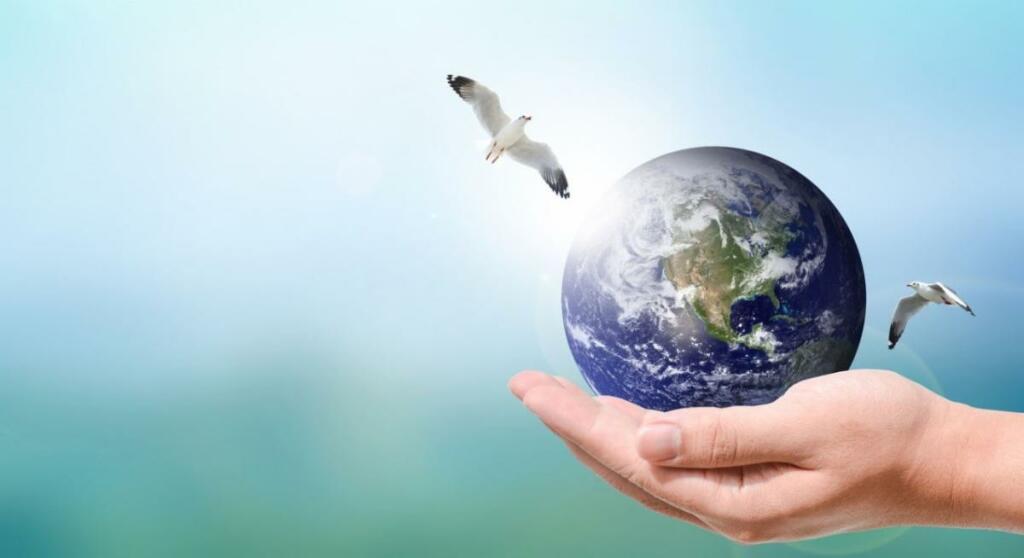 In 2015, Pope Francis shared with the world his encyclical letter, “Laudato Si’ On Care for Our Common Home,” calling for a bold response to defend the sanctity of the Earth. Today it is even more important that we address integral ecology, the sacred bond between man and nature, and its impact to the Diocese of St. Petersburg. Join us for this unique opportunity to learn about and address the dire need to protect Florida’s environment. Register at dosp.org/life 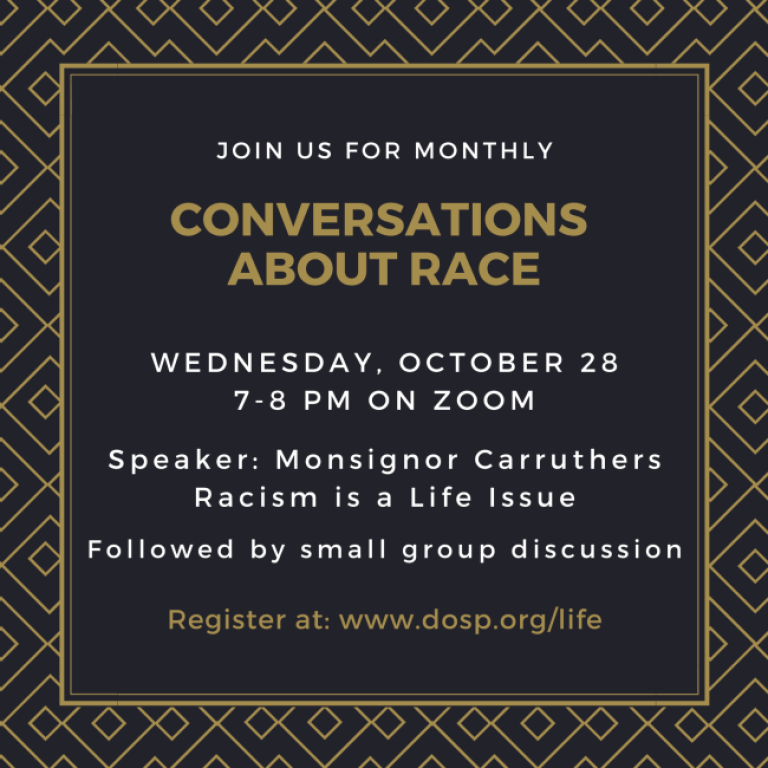 Join the Diocese for monthly conversations about race. The first event will be held on Wednesday, October 28, from 7-8 PM on Zoom. The topic for the night will be Racism is a Life Issue and the speaker will be Monsignor Carruthers. Small group discussion will be included. Register at dosp.org/life 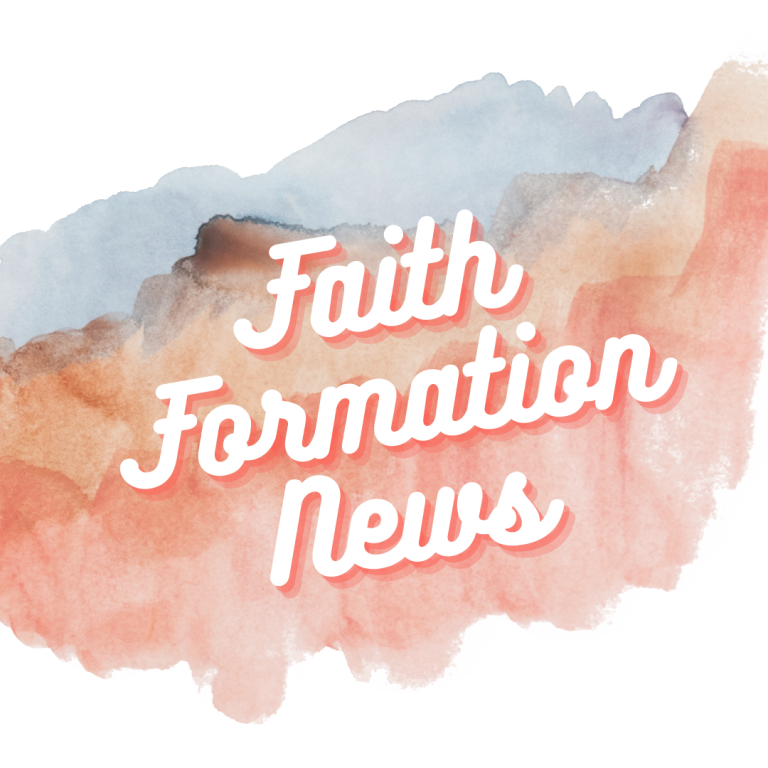 Faith Formation Students will now be meeting in their regular classrooms as follows:

All students must wear a face mask and will be socially distanced.

Please pay your registration fee as soon as possible!

Do you know someone who is interested in becoming Catholic, or who wants to know more about the Catholic faith? We wish to extend an invitation! Please contact Julie Sneddon for more information at 727-546-3315. 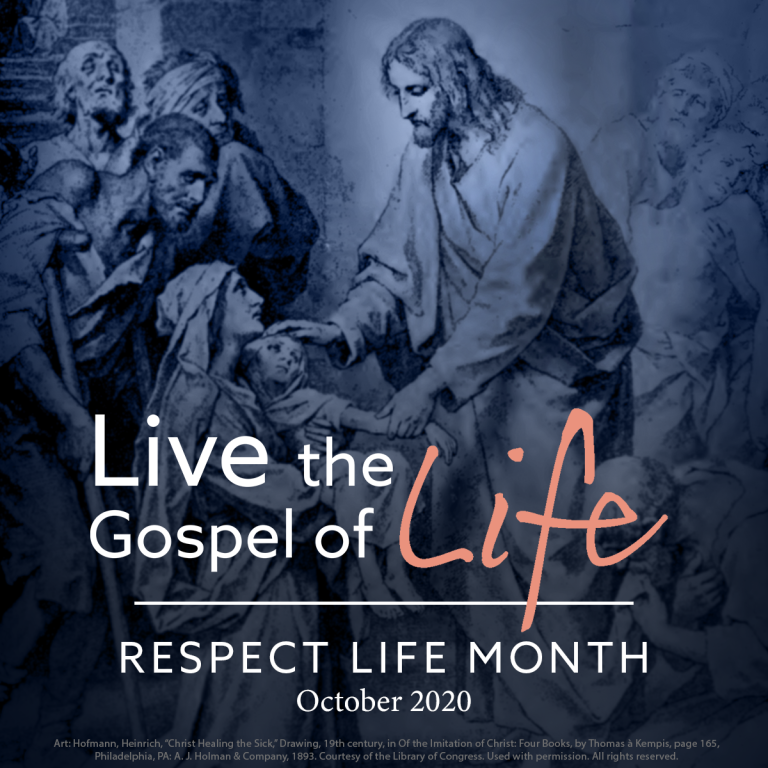 Bishop Parkes is inviting everyone to participate in this year's 40 Days for Life campaign, an annual time for prayer and fasting as we seek to end abortion. The campaign started on Wednesday, September 23, 2020. To learn more, please visit https://s.dosp.org/3mvDMFE. 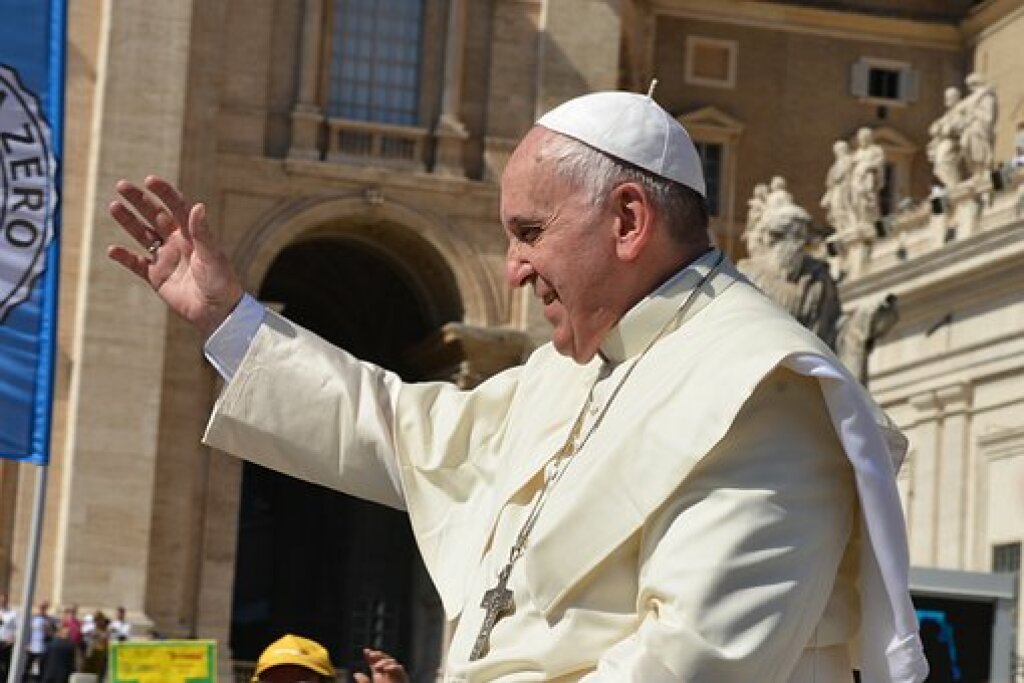 Pope Francis released his third encyclical, “Fratelli Tutti, On Fraternity and Social Friendship” on Saturday, October 3, 2020, in Assisi, Italy. An “encyclical” is a letter that is a teaching document by the Holy Father. This letter is addressed to all people who will accept it and reflect on the invitation to dialogue. Click here to read. 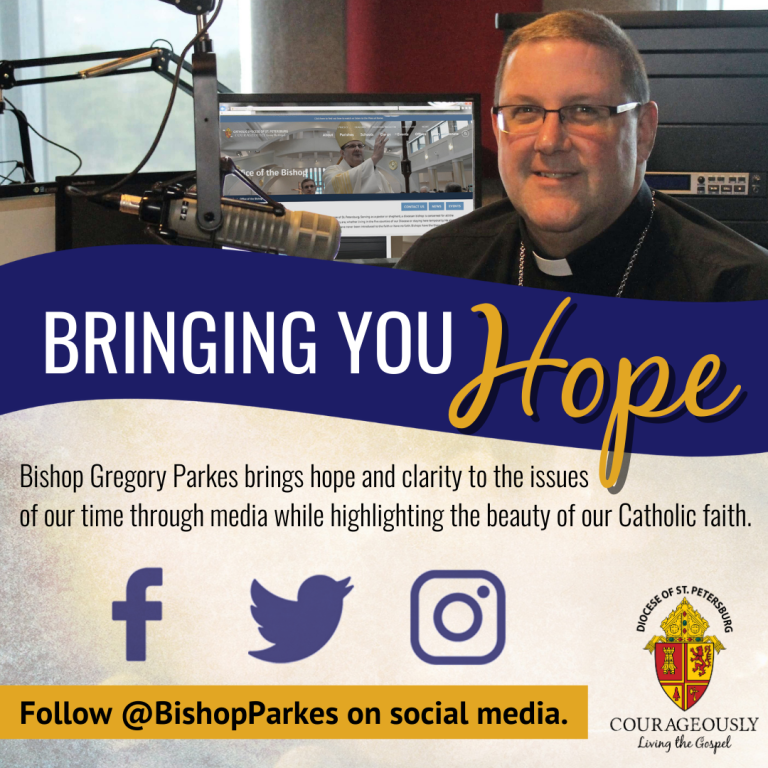 EXPOSITION OF THE BLESSED SACRAMENT
Wednesday: 8:30 am - 11:30 am (in the church, followed by solemn benediction)

SACRAMENT OF PENANCE
The sacrament of penance is available every Saturday at 3:00 pm, and Sunday at 11:30 am, or by appointment

CHAPEL HOURS
The chapel is open for adoration and personal prayer every day from 8:00 am - 8:00 pm 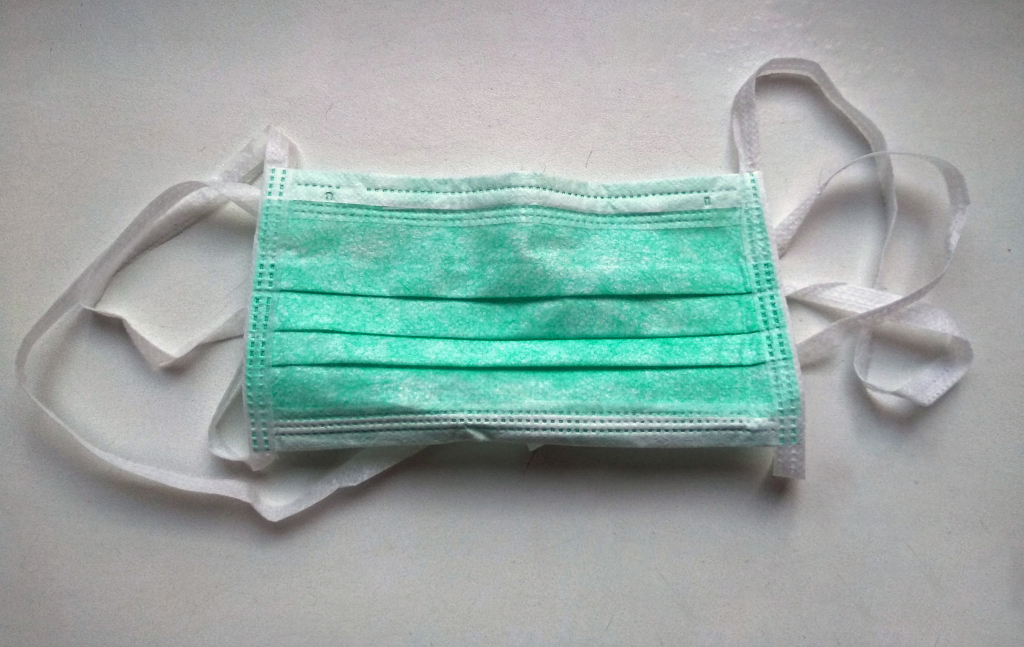 Face masks continue to be mandatory and not optional. At the direction of the Pastor, please leave your face mask on during Mass. 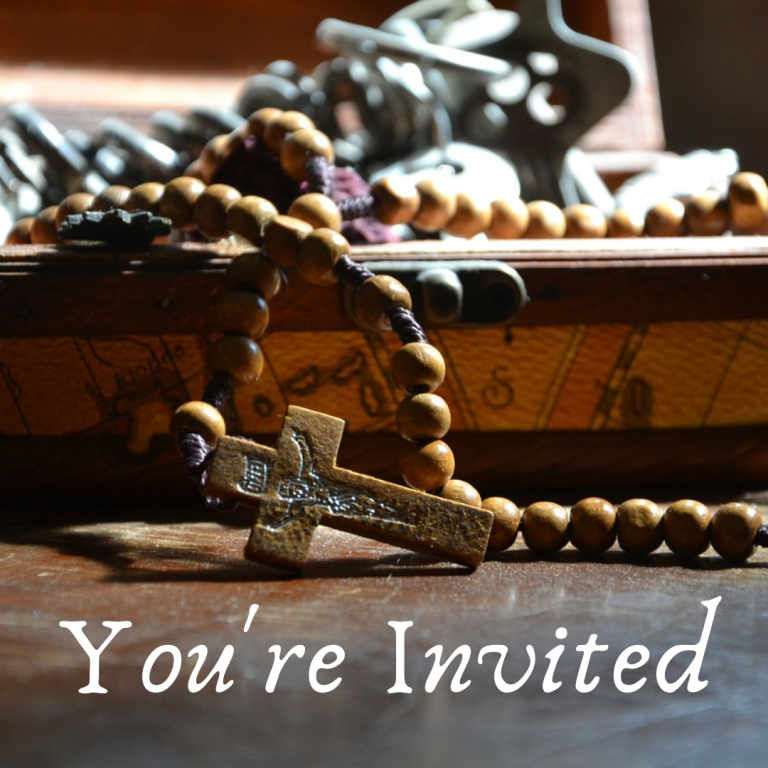 Please join us for the following!

Today’s gospel reading brings to our attention one of the most forgotten ... Read More » 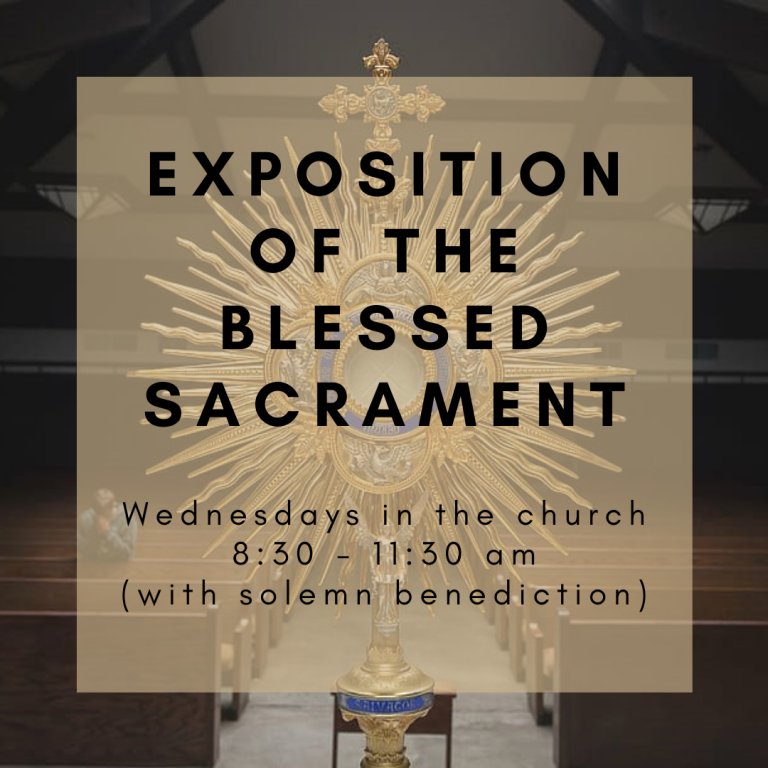 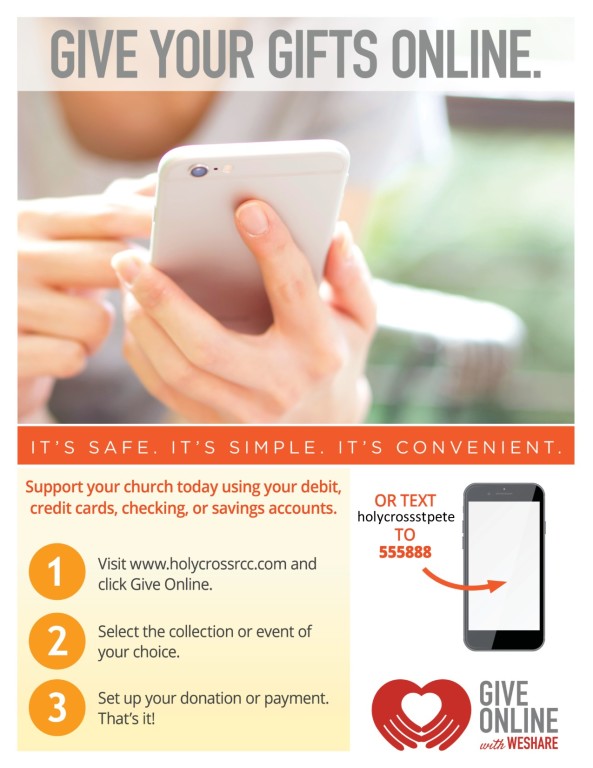 Holy Cross Parish honored volunteers from four ministries for their commitment and courage to demonstrate the virtues and the spirit of missionary discipleship: Romulo, Marta and Pablo Castillo from Building and Grounds ministry for their commitment to maintaining the parish campus; Alejandra and Eduardo Padilla from The Keepers of the Cross who clean the Church building and its vicinity; Jesus and Angelica Espino for their leadership in Loaves and Fishes, the Holy Cross outreach ministry that provides food to Pinellas Hope; and finally, Millie Haylock and Blanca Velazquez for their dedication to the continued education of our Faith Formation students. Many Thanks and Congratulations to our “Heroes” for their faithfulness to the spirit of missionary disciple and their response to the call to Courageously live the Gospel. 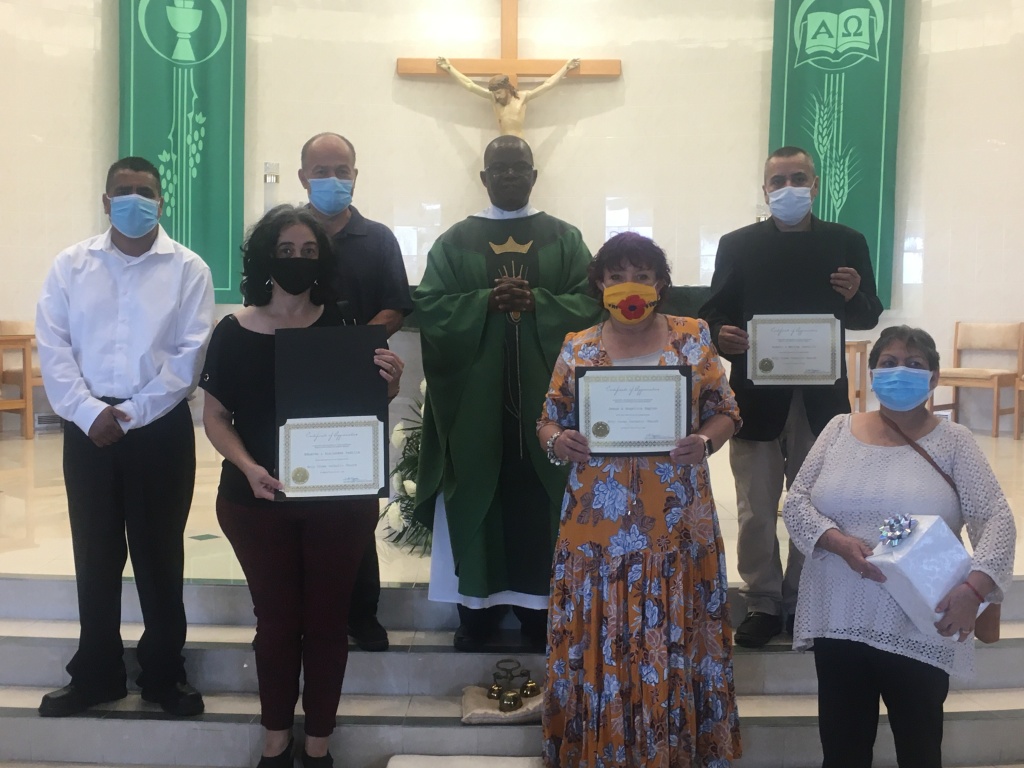 Due to Coronavirus, Holy Cross has organized small groups for her First Communion Students. The months of July and August bring joy, excitement and celebrations to the Parish family. These celebrations give relief to the community as we struggle amidst the coronavirus novel. The courage to live the Gospel and to celebrate these sacraments are found in the power and the strength we receive from the Sacrament of the Eucharist. Congratulations to our First Communicants, Class of 2020! 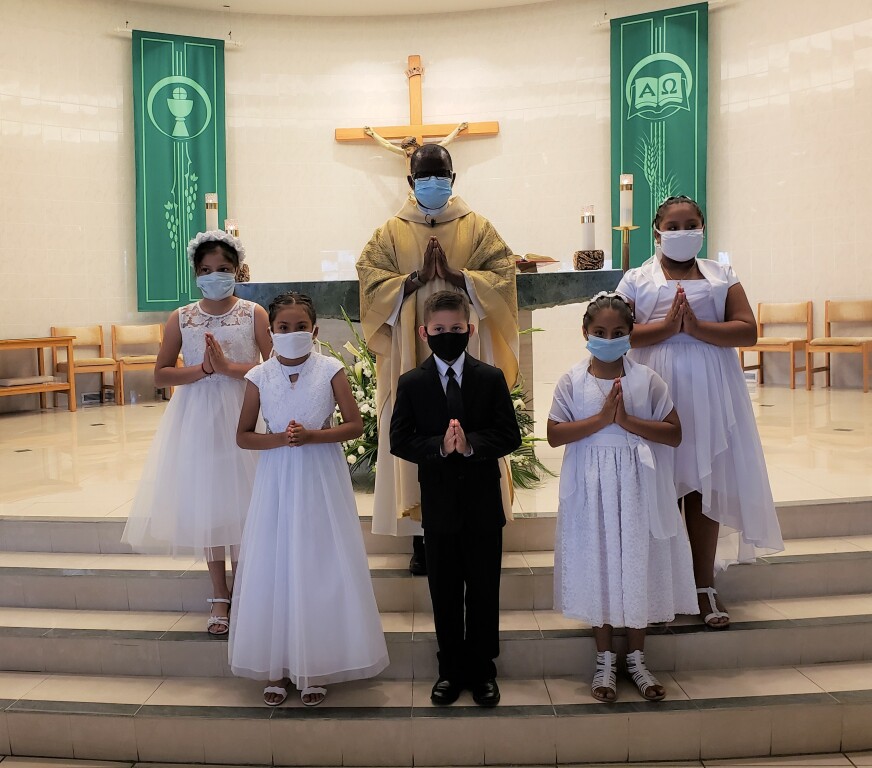 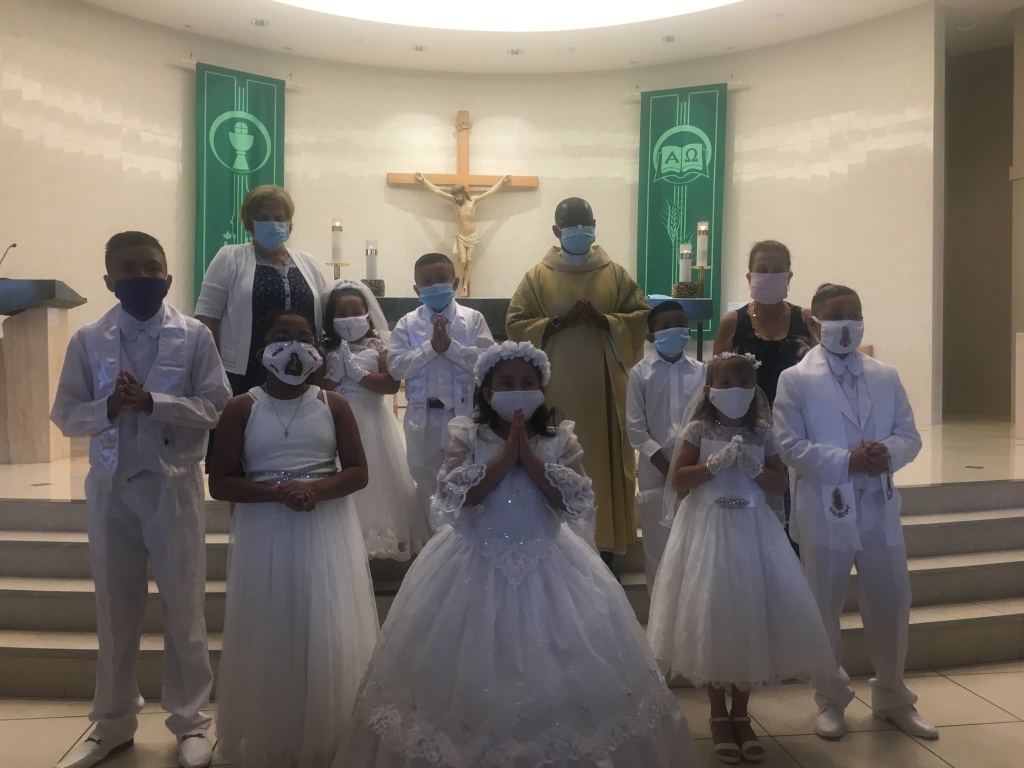 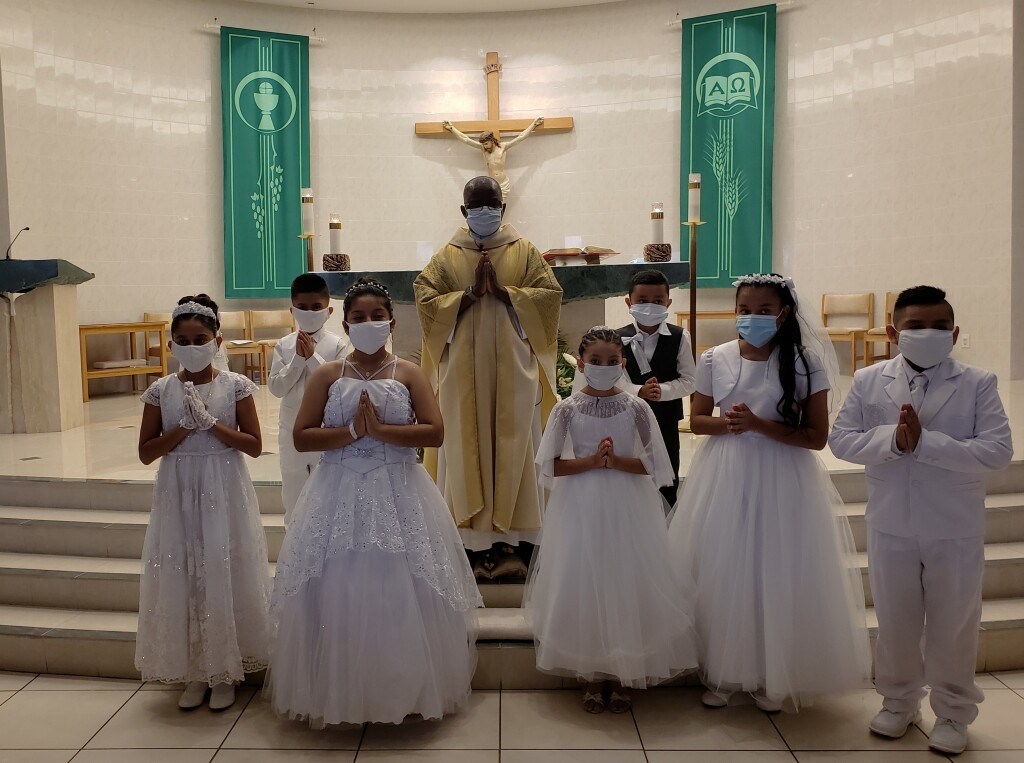 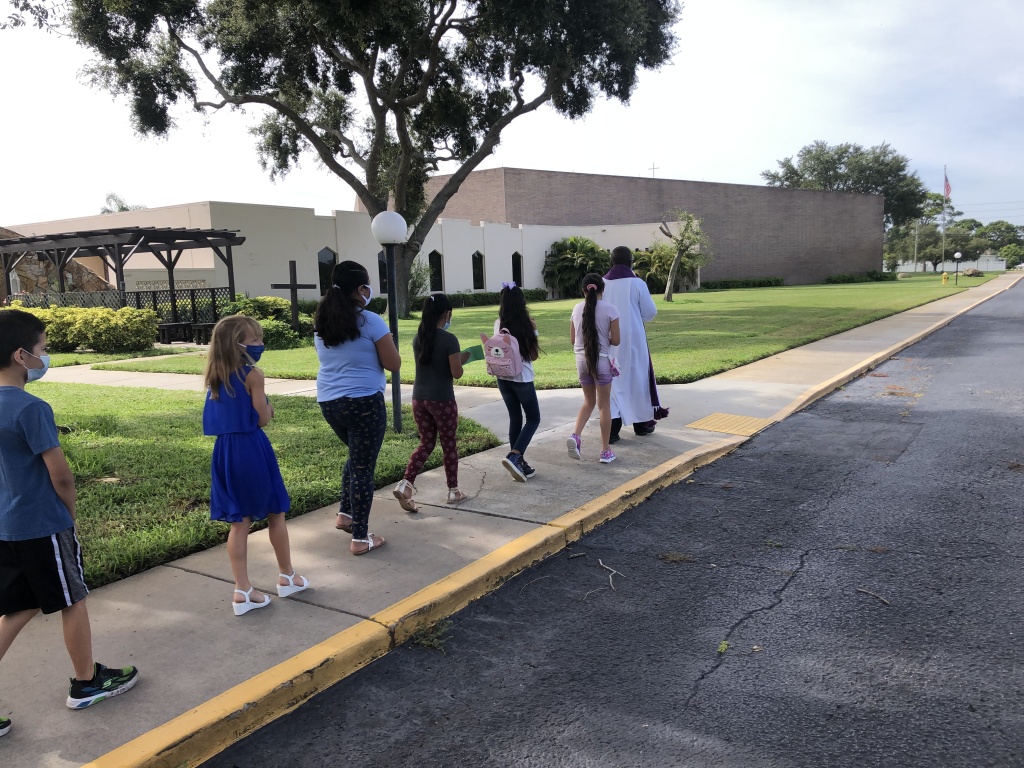 Some notes from parishioners that we wanted to share! Thank you for your feedback!

"Just wanted you  to know, [my husband] and I have visited 2 other churches since covid, and Holy Cross is by far the cleanest and most beautifully marked off for pews and communion line. Thank you."

"I would like to compliment you and your staff on the way the church has been arranged to deal with the Covid 19 situation. It looks very dignified and functional. Much better than blue painter's tape that I've seen elsewhere."

Please click on the image below for more information about returning to Mass. 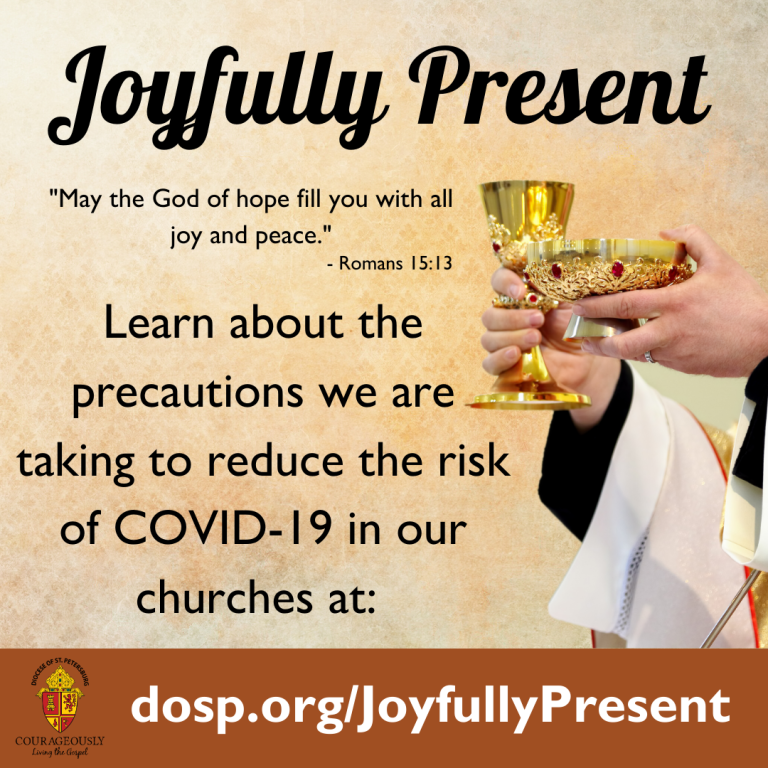 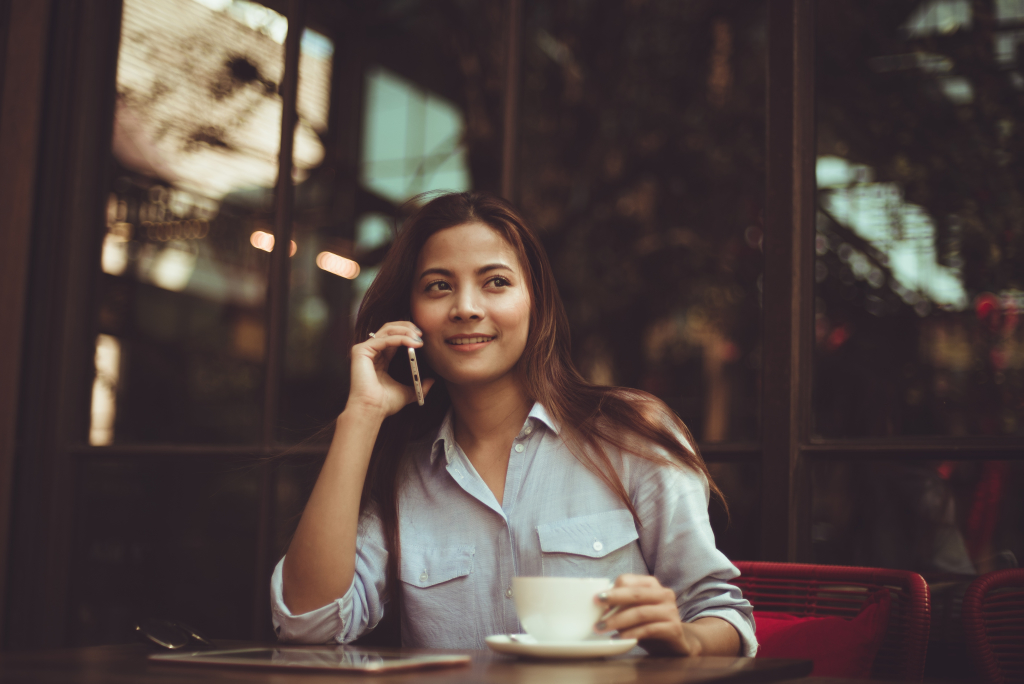 If you know someone who is alone during this difficult time, please remember to reach out to them with a phone call. It makes all the difference in the world to someone who is lonely, anxious or afraid!

Every Catholic Should Be Registered in a Parish

Beside the active support and involvement that the registration enables, the parish registration is also a mandatory condition for sacraments such as baptism and matrimony.

It is therefore important to register at your parish as soon as you start attending Mass there regularly. Here’s why:

Please click here for our form, and be sure to answer each item so that our records for you are complete! 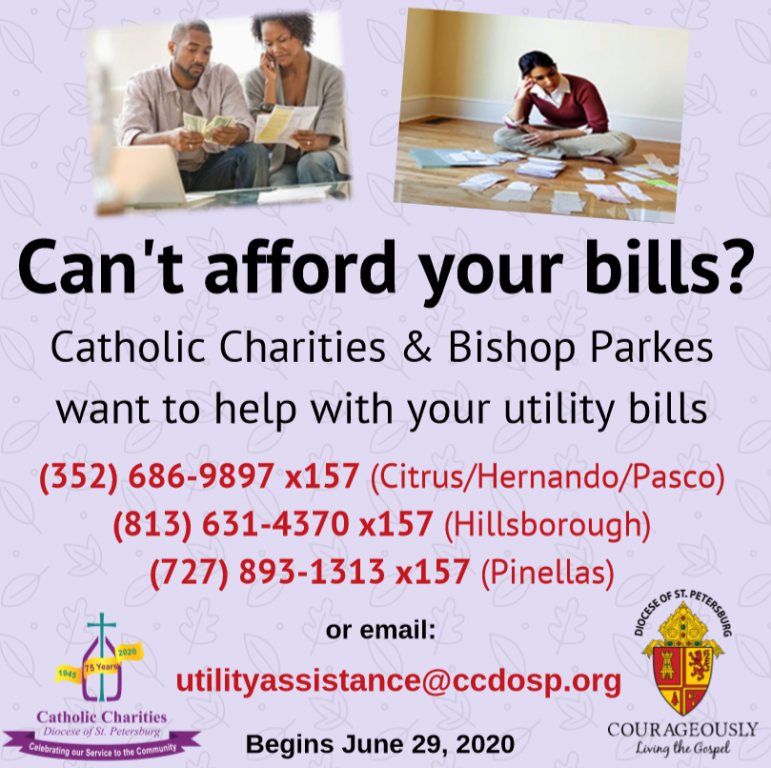 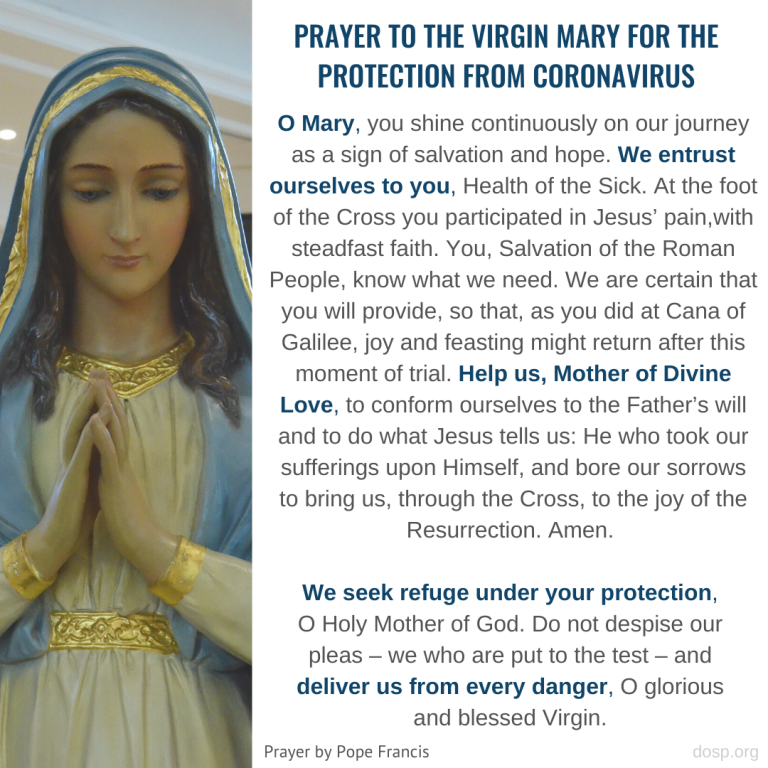